The Microbiome Therapeutics Innovation Group (MTIG) is an independent 501(c)(6) coalition of companies leading the research and development of FDA-approved microbiome therapeutics and microbiome-based products to address unmet medical needs, improve clinical outcomes, and reduce health care costs. The human microbiome is one of the new frontiers of medical innovation that has the potential to benefit patients suffering from numerous diseases afflicting millions of patients and consuming billions of dollars of healthcare resources. Through a collective voice, the MTIG membership works together to enhance the regulatory, investment, and commercial environment to accelerate microbiome therapeutic product development and expand availability of life-changing and life-saving FDA approved microbiome therapies to patients. MTIG is committed to working with stakeholders who share in our mission and seek to collaborate with patients, patient advocates, professional societies/organizations/public health officials, scientists, government policymakers, healthcare providers and payers who seek tangible policy and regulatory solutions to issues in the emerging microbiome arena. 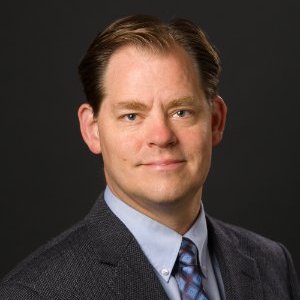 Ken Blount is the Chief Scientific Officer of Rebiotix, a results-oriented biotechnology company revolutionizing the treatment of challenging gastrointestinal diseases by harnessing the power of the human microbiome.

Dr. Blount brings 20 years of experience leading disruptive drug discovery and development programs.. He has initiated, directed, and grown collaborative research programs spanning the biotechnology and pharmaceutical industries as well as research and academic institutions, and he currently serves on the Joint Steering Committee for the Center for Translational Microbiome Research at the Karolinska Institutet in Stockholm, Sweden. Prior to joining Rebiotix, he coordinated translational oncology research for the Yale Cancer Center and cofounded and directed BioRelix, a venture-backed startup that discovered and developed novel RNA-targeting antibiotics. 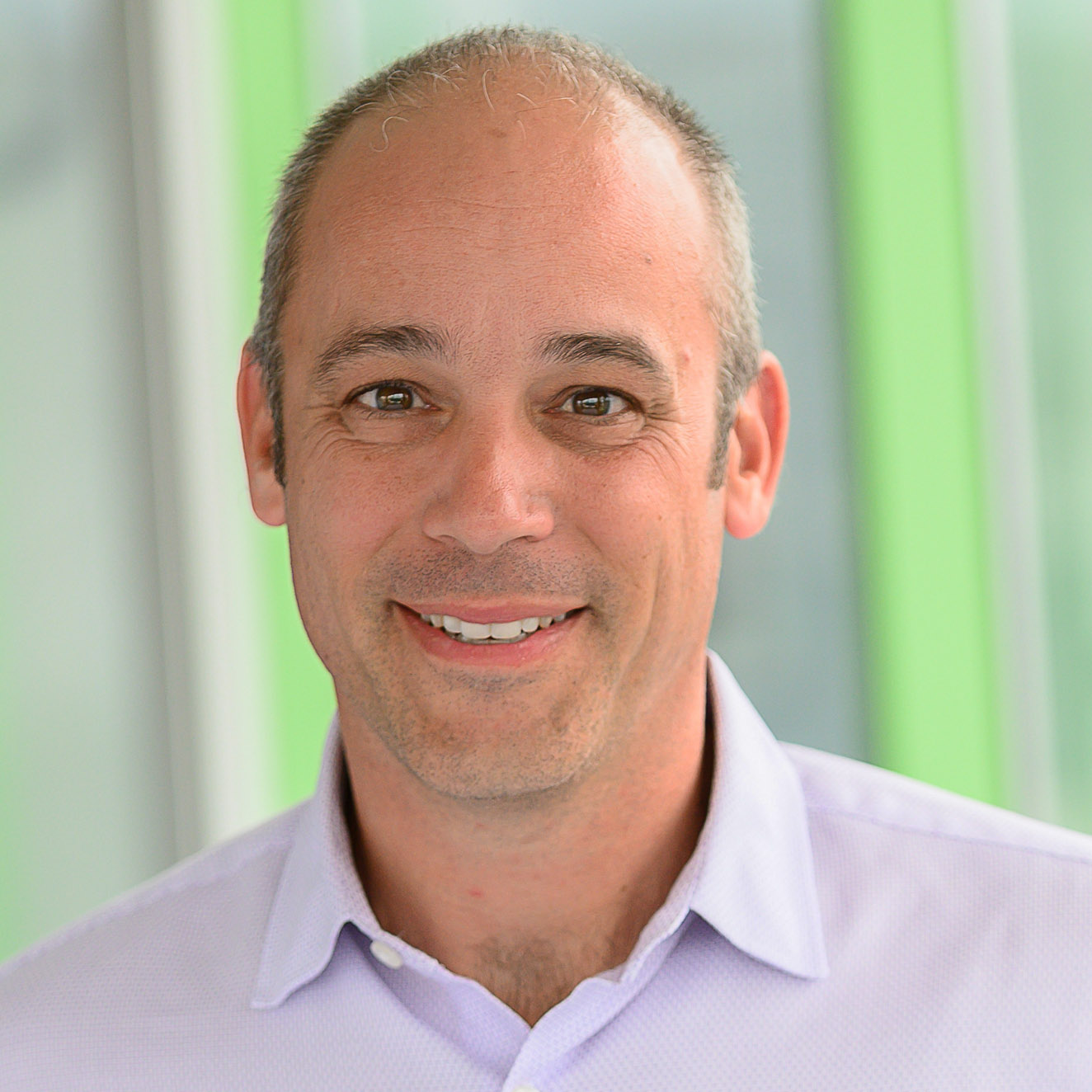 Matthew Henn is Executive Vice President and Chief Scientific Officer at Seres Therapeutics. He contributed to the launch of Seres Therapeutics in 2012 and has been involved in the discovery and clinical development of multiple microbiome therapeutics including SER-109, SER-155, SER-262, SER-287, and SER-401. Dr. Henn has over 20 years of research experience focused on microbial populations and the functional role of microbes in both environmental and human disease applications, as well as the development of genomic and functional tools to study these populations. He has authored over 60 peer-reviewed publications and currently serves on the scientific advisory board of Growcentia, Inc, an agricultural microbiome company. Prior to Seres, he was the Director of Viral Genomics and Assistant Director of the Genome Sequencing Center for Infectious Diseases at the Broad Institute of MIT and Harvard. Dr. Henn earned his Ph.D. in ecosystem sciences from the University of California at Berkeley, where he was a NASA Earth Systems Sciences Fellow, and trained as a NSF Postdoctoral Fellow in Microbiology at Duke University. 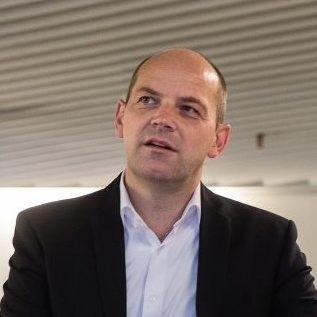 Mr Hermansen has gained more than 25 years of experience from the international diagnostics industry, previously as Group CFO in Axis-Shield plc (LSE) where he worked out of London since 2007 until it was acquired by Alere Inc in Dec 2011.

Mr. Hermansen has extensive experience from management and Board positions within the diagnostics industry, including extensive acquisitions and merger work.

Mr Hermansen has been involved with Genetic Analysis since April 2014, and he holds an MsBA (Cand. Merc) from the University in Aalborg, Denmark. Previous experience includes Nycomed Imaging, Nycomed Amersham (later GE Healthcare) as Vice President of Finance in Operations.

In 2013 Dr. Olle was named “Innovator of the Year” in MIT Technology Review Spain’s “Innovators under 35” awards. He completed his doctoral work at the Chemical Engineering Department at MIT, where he developed a novel method for large-scale bacterial culture. During his graduate work, Dr. Olle was awarded the “la Caixa” fellowship. Dr. Olle received his B.S. in Chemical Engineering from Universitat Rovira i Virgili, in the Republic of Catalonia, his M.S. and PhD. in Chemical Engineering Practice from MIT, and his M.B.A. from the MIT Sloan School of Management. He has published his work in journals including Nature and Nature Biotechnology. 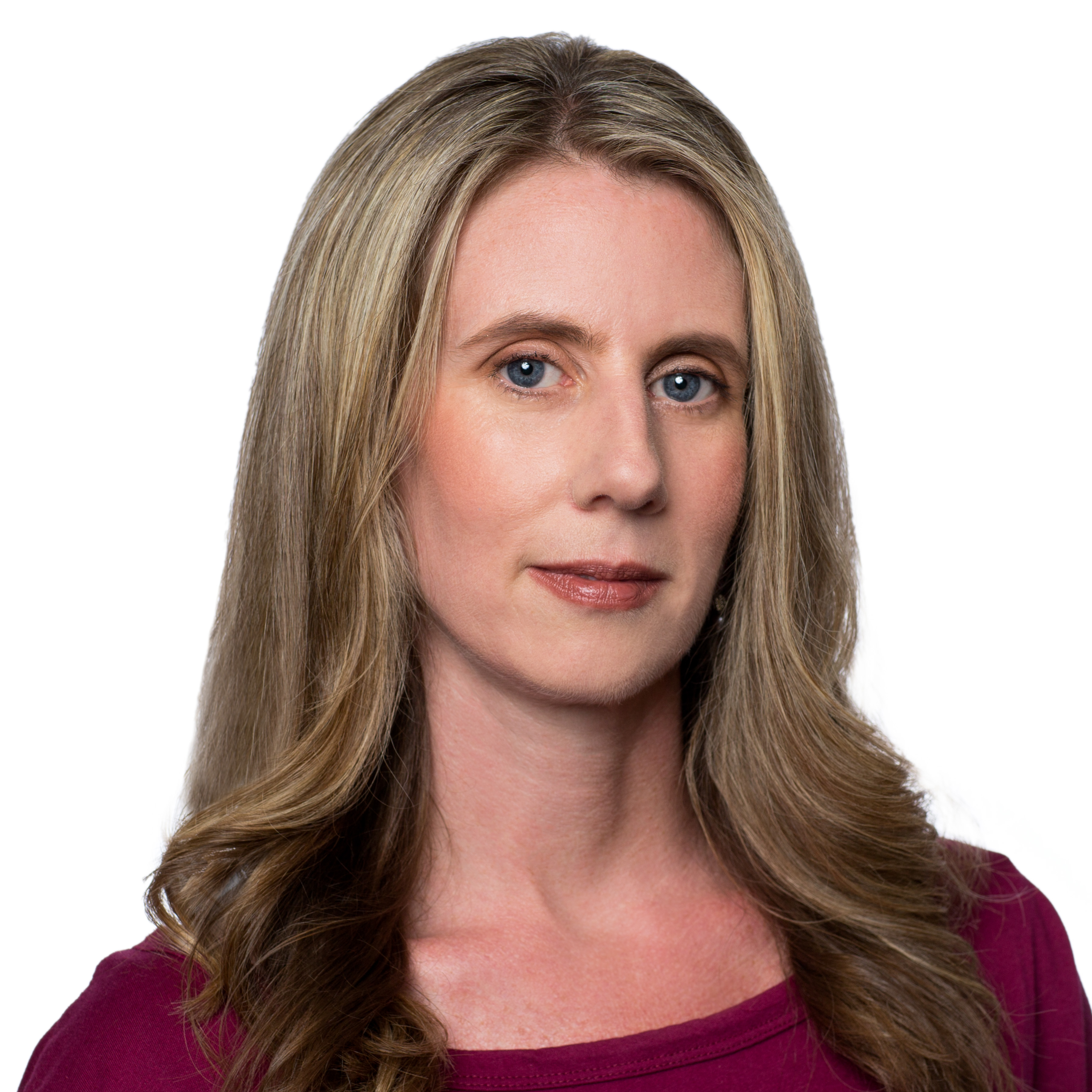 As a founder and the lead executive driving Siolta’s early-stage development, Nikole heads a talented team of scientists, blending microbiology, immunology, and bioinformatics expertise to leverage microbiome data for the improvement of patient stratification and development of precision microbial therapeutics. Nikole has over a decade of experience in microbial ecology and host/microbe interactions, supported by the National Science Foundation (NSF), the European Commission FP7, and the University of California San Francisco (UCSF). As an inventor of Siolta’s technology, her research in Dr. Susan Lynch’s lab at UCSF provided the foundation for the company’s translational research program. 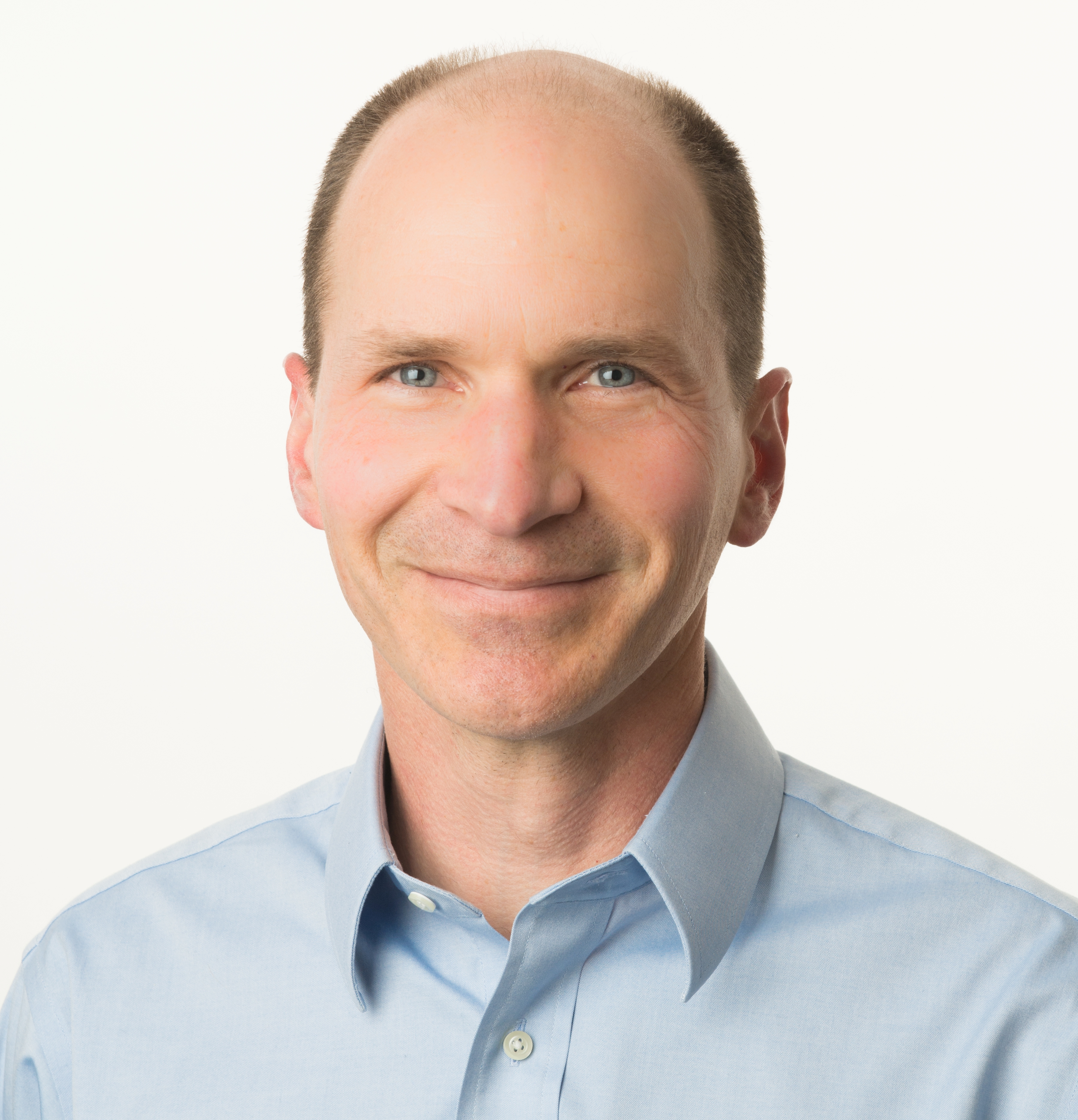 Scott has nearly 20 years of experience in drug discovery and development in pharmaceuticals and biotechnology.  Scott has led R&D projects across multiple therapeutic areas and modalities, including small molecule, biologics, mRNA therapeutics, vaccines, and live biologics.  He has led several partnered programs, collaborating with industrial partners, government (NIH, BARDA), private foundations (BMGF), and academic groups.  Scott earned his Ph.D. in biochemistry from the University of Colorado and then studied early replication of HIV as a Leukaemia Society Postdoctoral Fellow at the Salk Institute for Biological Studies. 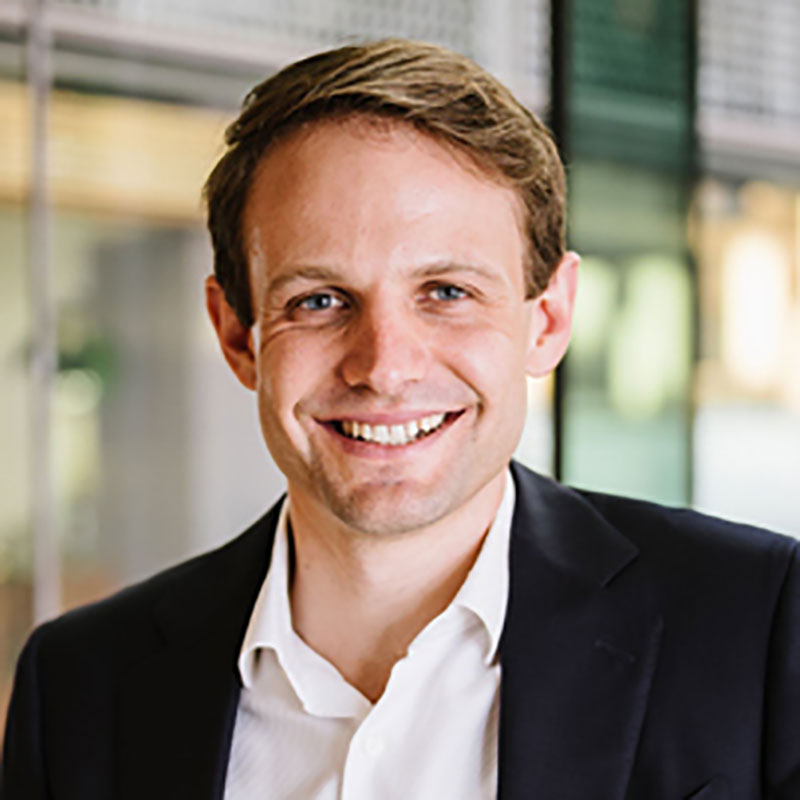 Mr Wills is a proven company executive with experience in the finance, life sciences and education sectors. Previously the Chief Operating Officer of an ASX-listed company, Mr Wills brings substantial operational, financial and governance experience to Microba as founding CEO. His financial background combined with his extensive operational expertise has driven Microba forward as a thriving company with more than 40 full-time employees. Mr Wills’ experience in executing multiple international acquisitions and the management of new product and service builds has given him the skills to provide Microba’s world-leading technology to people globally. He is well-educated with qualifications from one of Australia’s top business Universities, with a Master of Business (Professional Accounting), Bachelor of Finance (Hons) and Bachelor of Business (Finance) from the Queensland University of Technology. 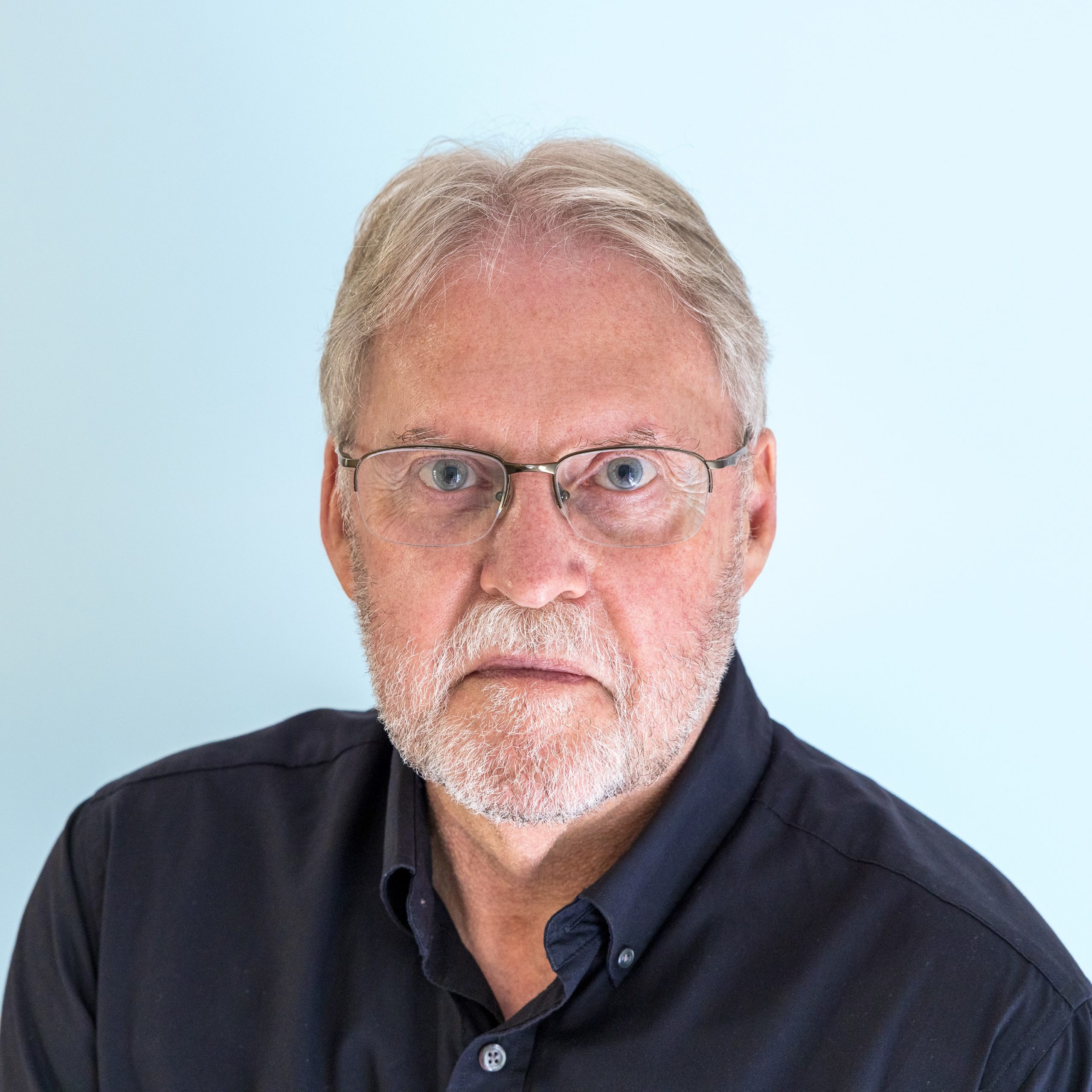 Dr Wayne Finlayson has over 35years of scientific and commercial corporate experience in the pharmaceutical and biotechnology industry. He has extensive knowledge of regulatory structures and requirements, commercialisation of biotechnology, and the practical application of science for the creation of new commercial enterprises. Wayne spent his early career years as a post-doctoral research fellow at the University of California, Berkley, following completion of a PhD in Organic Chemistry from La Trobe University. In the following years, he progressed from pure scientific research to managerial positions in the science and technology sector, including executive director of several NASDAQ and ASX listed companies. In the early 1990’s Wayne founded Progen Pharmaceuticals and was managing director and CEO for a number of years. He then went on to become a technology investment consultant for high profile clients (including large investment firms) with responsibility for ensuring readiness of investee companies for public listing or other investment. Wayne’s experience, spanning the entire breadth of the biotechnology business spectrum, from hands-on research to company founder and CEO, to investment consultant in the Biotechnology sector, means he has a thorough and well-rounded understanding of the challenges and expectations which need to be met to create and successfully commercialise new biotechnology and pharmaceutical enterprises. 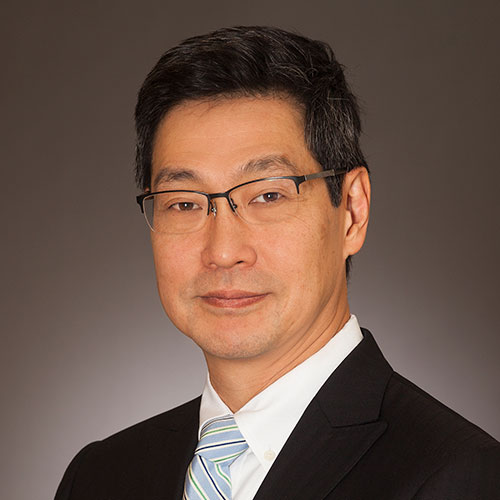 Regarded as one of the top food and drug lawyers in Washington, Paul Kim draws on his extensive governmental experience to advise clients on legal, legislative and regulatory issues in food, drug and device law, Medicare and Medicaid coverage and reimbursement, and the conduct of clinical research. He represents leading biotechnology, pharmaceutical and medical device companies before the Food and Drug Administration (FDA), the Centers for Medicare and Medicaid Services (CMS), and Congress.

Paul uses his Capitol Hill experience in the enactment, amendment and implementation of the Food, Drug, and Cosmetic Act, and such landmark legislation as the Public Health Security and Bioterrorism Act, the Hatch-Waxman Amendments and the Orphan Drug Act to advise clients on compliance issues and regulatory approvals. He also assists with general FDA regulatory matters, collaborating with clients to develop comments, petitions, presentations and regulatory submissions for agency rulemakings, advisory committee proceedings, early collaboration and pre-submission meetings, and other meetings with key Federal decision-makers. Clinical research compliance, FDA product approval, CMS coverage and reimbursement issues, and bioresearch monitoring are additional areas of focus in Paul’s regulatory practice.

Paul also develops effective legislative and media strategies for industry clients, manages advocacy coalitions, and helps clients develop constructive relationships with key federal regulators and congressional decision-makers. He also represents clients before congressional committees and within their dealings with individual members of the United States Senate and the House of Representatives, defends their interests in congressional oversight and investigations, and helps them prepare for hearings.

Before joining Foley Hoag Paul was Deputy Staff Director for health policy for Senator Edward M. Kennedy, who chaired the U.S. Senate Health, Education, Labor and Pensions Committee. Major laws enacted while Paul served with Senator Kennedy include The Public Health Security and Bioterrorism Response Act of 2001 (whose food safety protections were deemed “the most significant expansion of federal authority over the food industry in more than six decades” by the New York Times), the Reauthorization of the Prescription Drug User Fee Act, The Medical Device User Fee and Modernization Act of 2002, The Rare Diseases Act of 2002 (amending the Orphan Drug Act), The Best Pharmaceuticals for Children Act, and Senate passage of the Greater Access to Affordable Pharmaceuticals Act of 2001. Paul also was Counsel to Congressman Henry A. Waxman (serving as staff in both the House of Representatives and the Senate, as well as in conference, on the Food and Drug Administration Modernization Act of 1997) and as a professional staff member to Senator David Pryor on the U.S. Senate Special Committee on Aging and the U.S. Senate Finance Committee. His other public policy experience includes positions as Assistant Director for Government Relations with the American Foundation for AIDS Research (amFAR), the largest private funder of HIV/AIDS research, as a Policy Analyst with the Office of the Commissioner, Food and Drug Administration, and with Ciba-Geigy Pharmaceuticals in Basle, Switzerland. 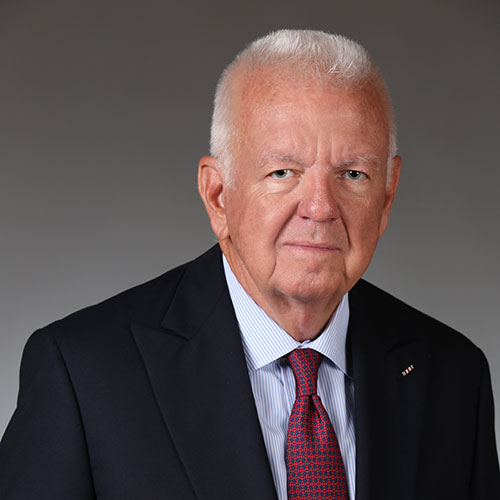 Steve Conafay has 35 years of leadership and management experience in government relations, public policy and communications. As the sole principal at The Conafay Group, he oversees all client servicing. While leader of the bio-life science practice at Fabiani & Company, he oversaw more than $810 million in non-dilutive financing awarded to the team’s clients. For 12 years, Mr. Conafay was vice president of government relations for Pfizer, where he was elected as a corporate officer in 1984. He served as senior vice president of corporate affairs for Glaxo Inc., where he was also a member of the Board of Directors. After heading the legislative practice for Jones, Day, Reavis and Pogue, the world’s second largest law firm, he was tapped by the Pharmaceutical Research and Manufacturers of America (PhRMA) to assume the No. 2 position of executive vice president of strategic and legislative affairs. He also served as an executive fellow at the American Enterprise Institute, the leading free market think tank in the U.S. After moving to the New York area, Mr. Conafay joined Shandwick, where he assumed several positions of increasing responsibility, culminating with his appointment as chief executive officer for The Americas-East in 2000.

Mr. Conafay is a lawyer and a decorated Vietnam veteran. He served as an infantry platoon leader and was awarded the Silver Star, Bronze Star with Oak Leaf Cluster, the Air Medal and the Army Commendation Medal, among others. He is also an avid golfer and has been a member of Congressional Country Club for more than 30 years. Mr. Conafay is a lifelong fan of the New York and San Francisco Giants. In his 60s, he ran and completed four Army 10-miler races, and plans to continue competing in his 70s.